Rock Ridge has been wowing bluegrass audiences for over 9 years in California, and now in the Northwest since founders, Rick and Josie Grant moved to the beautiful Willamette Valley in Oregon.  Rock Ridge specializes in hard-driving rhythm, stellar vocals and stunning instrumentals. Their repertoire includes traditional and contemporary bluegrass, originals, old-time country and gospel. The band's debut CD, Drifter's Prayer, has received praise and airplay across the US and abroad.  Reviewers say: “This is good, straight-ahead bluegrass!”. “The embodiment of traditionally rooted original songs with bluegrass and gospel standards showcases an unencumbered dedication to the genre that sets them apart from a myriad of similar outfits.”

Rock Ridge is available for concerts, weddings, corporate & civic events, private parties and music festivals. We love to travel and would love to play for you! 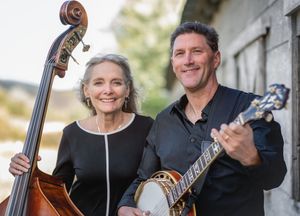 With Josie and Rick’s move to Oregon, we decided to focus on an Oregon-based lineup for our Northwest performances and we were fortunate enough to connect with two long-time Oregon bluegrass notables, Dale and Suzanne Adkins. Dale has been a major force in the bluegrass scene both in the Northwest and at a national level as a member of Grammy-nominee Kate MacKenzie’s touring band in the 2000s. Suzanne has been a stately, rock-solid bassist and vocalist in many Northwest groups over the years. We are incredibly excited to be sharing the stage together, so stay tuned for future shows! Not to fear, however, Hal and Jon are still very much in the picture and will still perform with Rock Ridge in California or other locations when they can.  Montana? 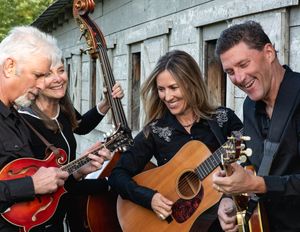 We are super excited to be playing at the Las Vegas Family Bluegrass Festival at the Police Memorial Park in Las Vegas!!  Some great bands from the Western States, bluegrass instrument petting zoo & great food.  Going to be a fantastic day of music & fun in honor of our fallen police officers. 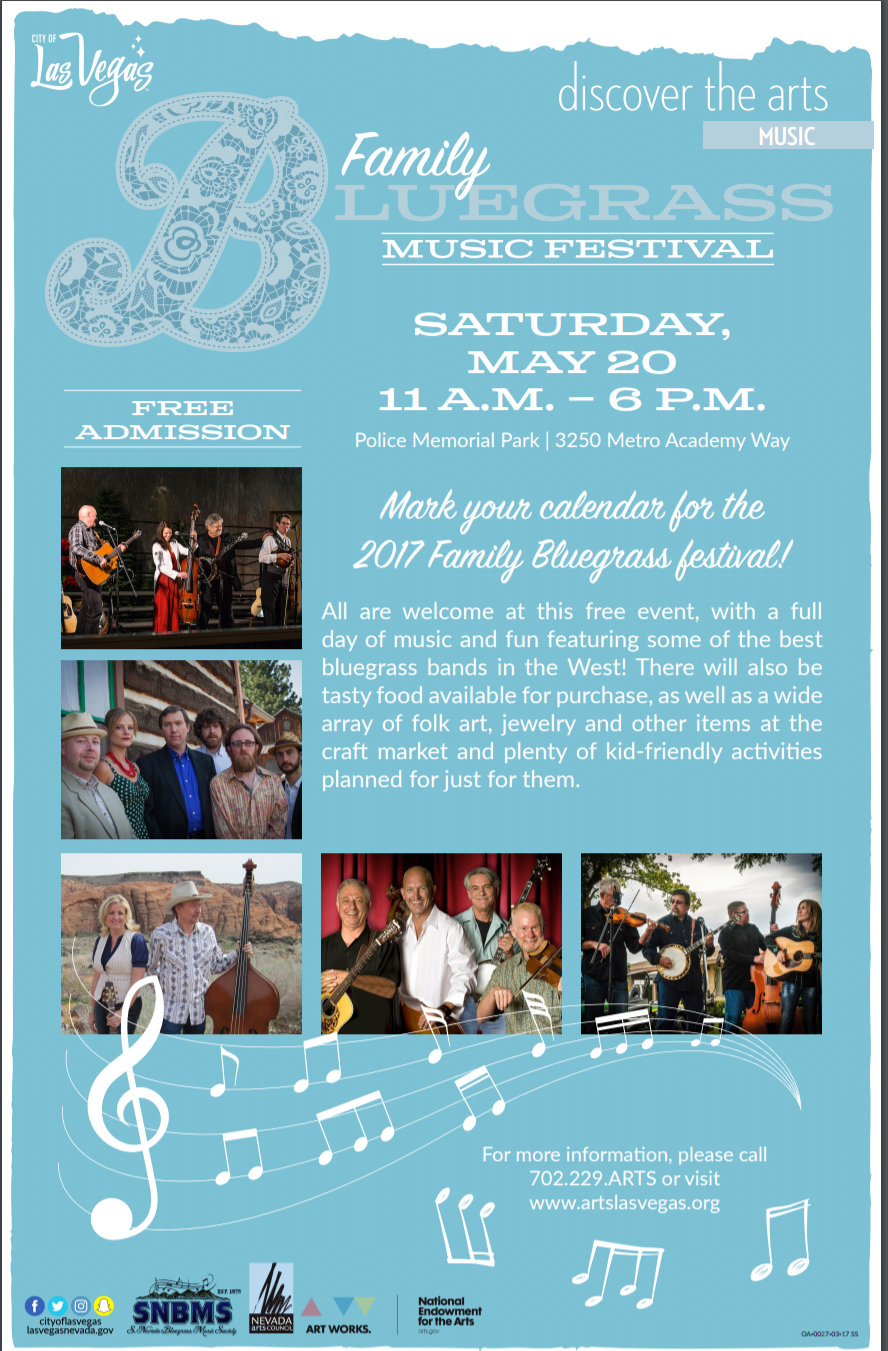 A Day of Music 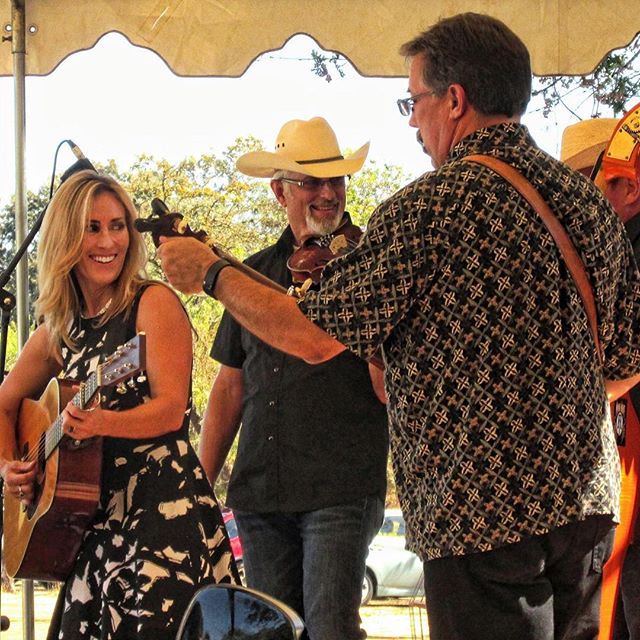 We had a great time playing at the Pickin' Picnic!  Hoping this will become a tradition! 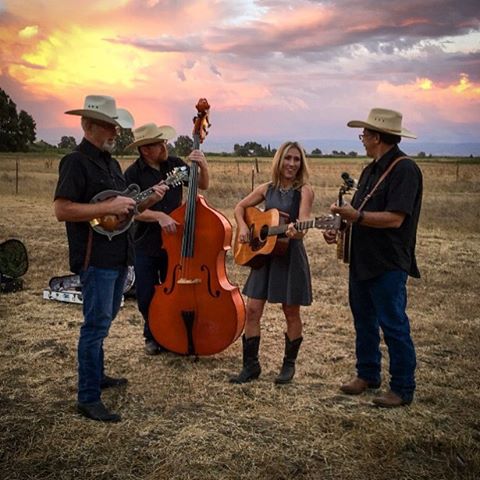 This annual event is one of our favorites to play at.  This year it was again at the lovely Llano Seco Ranch about 10 minutes from our home!  The evening was magical with a warm wind, an amazing sunset and lightning flashing around us.  The Regional Land Trust is a great organization, the food was amazing, wine from Bertagna & Long Creek wineries, local beer from Sierra Nevada and gluten free beer from Eckert Malting & Brewing 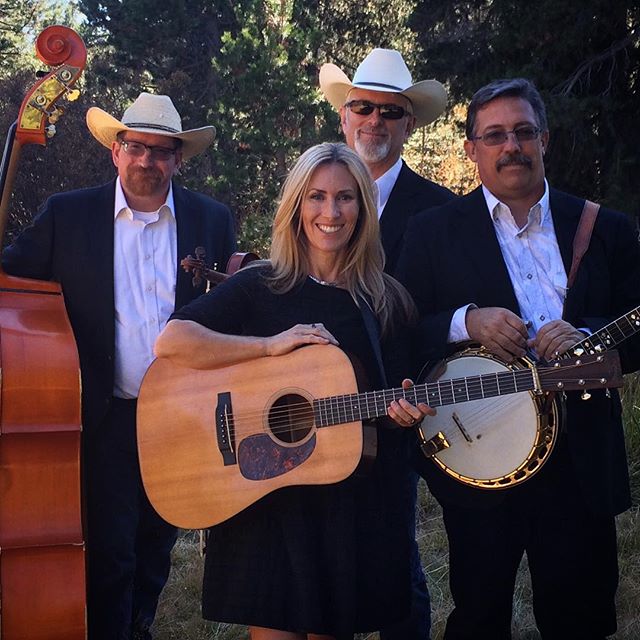 We played at a wedding up in Kirkwood at an amazing venue called The HideOut!  What a beautiful place!  The owners have gone all out with a huge log lodge for the wedding party (sleeping 20) including a gourmet kitchen and chef's kitchen if you happen to bring one with you, a separate home built for the parents and families with small children, a c. 1850 saloon with additional lodging as well as a large open air barn and catering kitchen for the reception.  There is a ceremony site that is rustic and perfect.  Oh, did I not mention the lake in front of the lodge?  And above that is a 20 person jacuzzi built right into the side of the granite.  We had a blast! 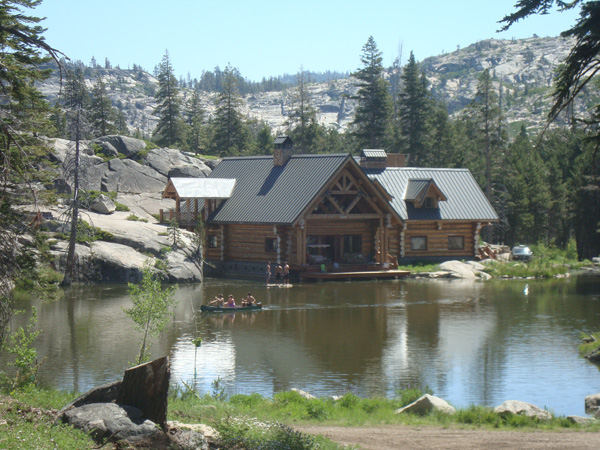 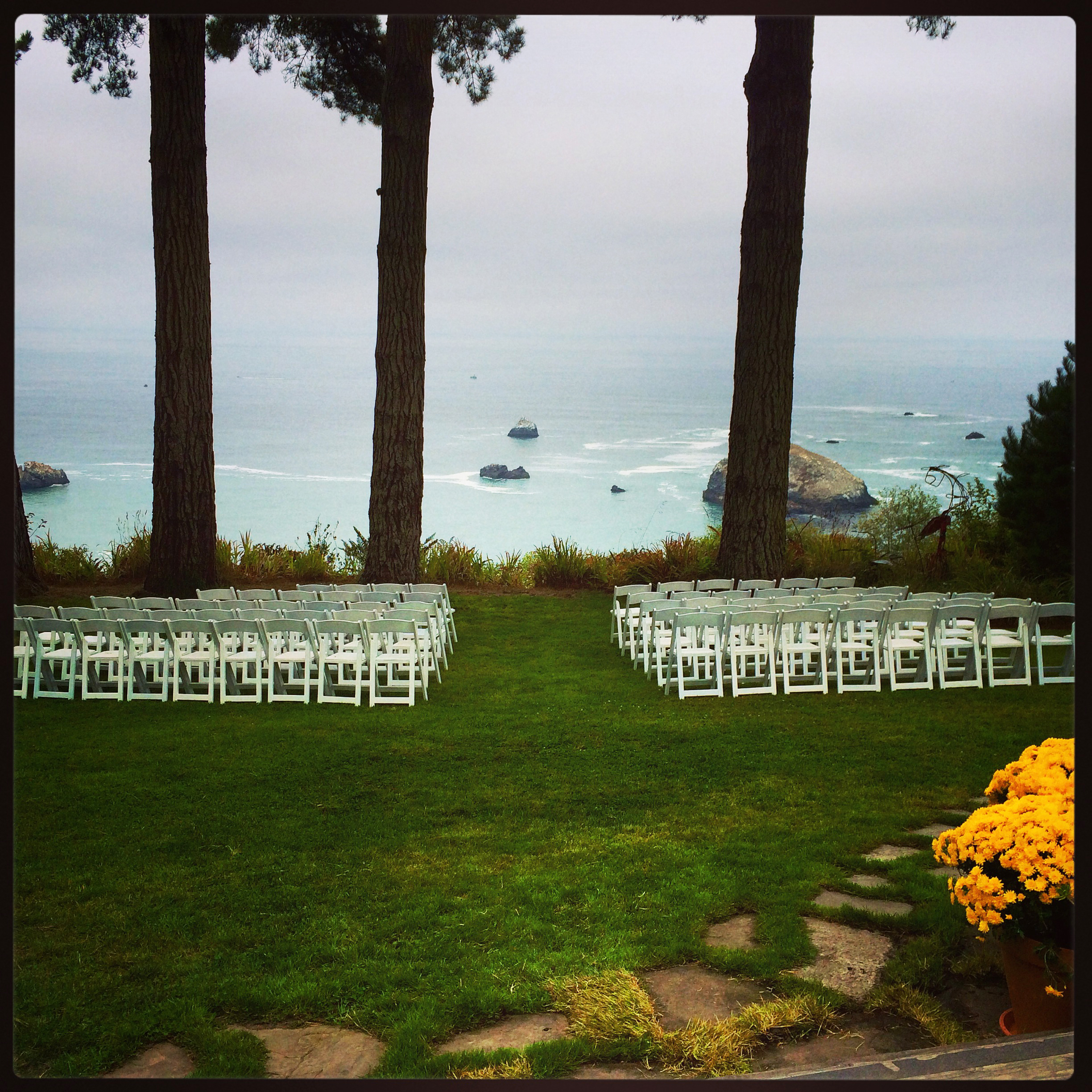 It has been far too long since I've tended to our site... but that is good I suppose because it means that we've been really busy!  Not only in our personal lives, but as a working band we have been working hard and enjoying ourselves tremendously!  We've played at several weddings and parties this year and have learned A LOT of new songs, some of which were far outside of the bluegrass genre... jazz, funk, soul, R&B & 80's pop!  Check out our photos to see a few of the venues that we worked at this year!

A lovely evening in a soaring walnut orchard, Rock Ridge played for guests and members of the Northern California Regional Land Trust's annual Harvest Dinner.  Catering was done by Roots Catering and many local beer and wine makers were there keeping us all hydrated:  Eckert Malting and Brewing  Sierra Nevada  Bertagna & Long Creek Wineries  Thank you for having us back, we had a great time!!

Stunning wedding in Grass Valley with a decked out barn from the 1860s! 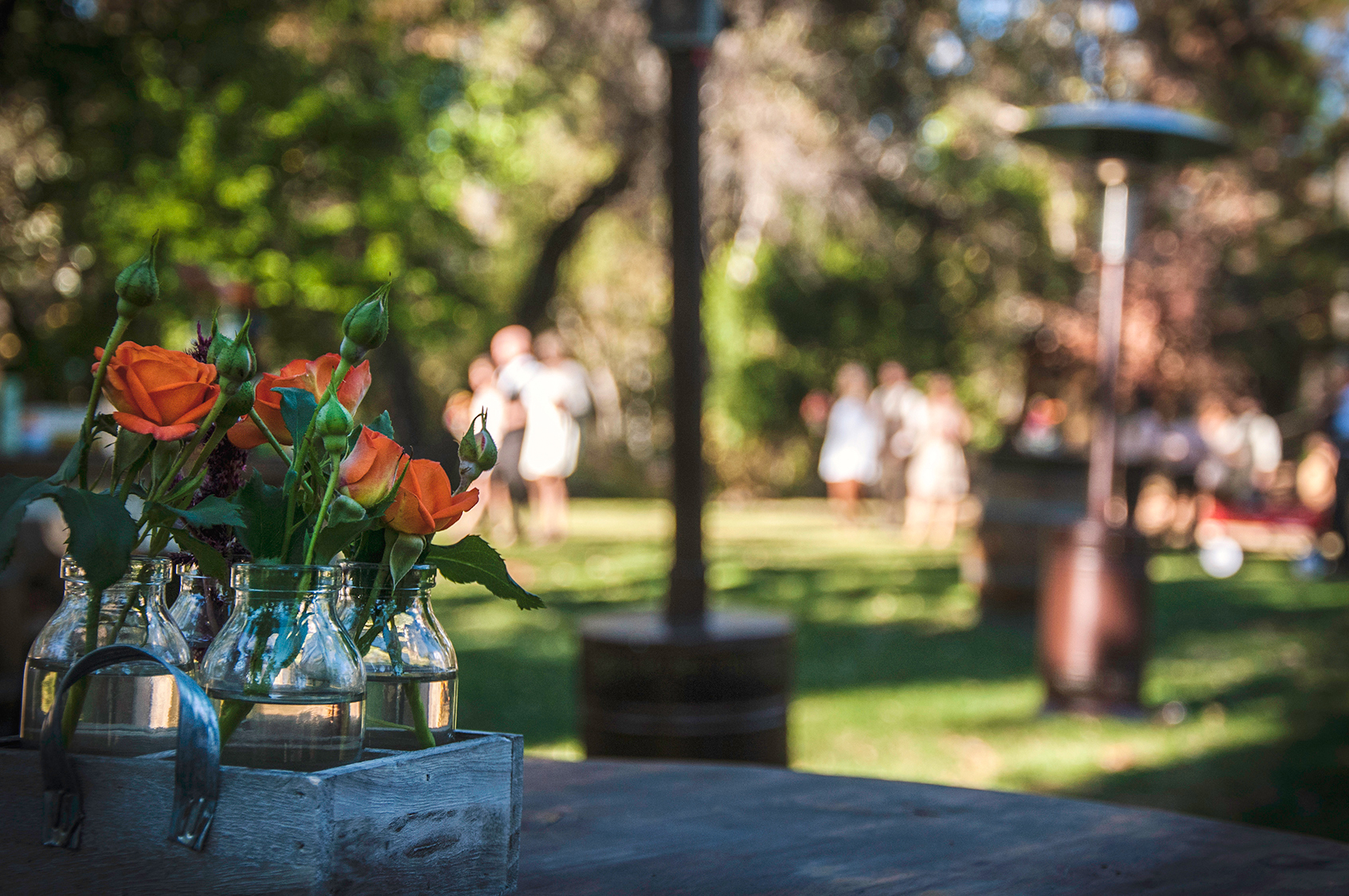 What a fabulous evening!  We had so much fun playing for Kate & Andrew Talansky's cocktail hour after their very touching ceremony.  The Squirrel Creek Ranch is a lovely spot for weddings.  We wish the happy new couple the very best for their future together!!  Go fast Andrew! 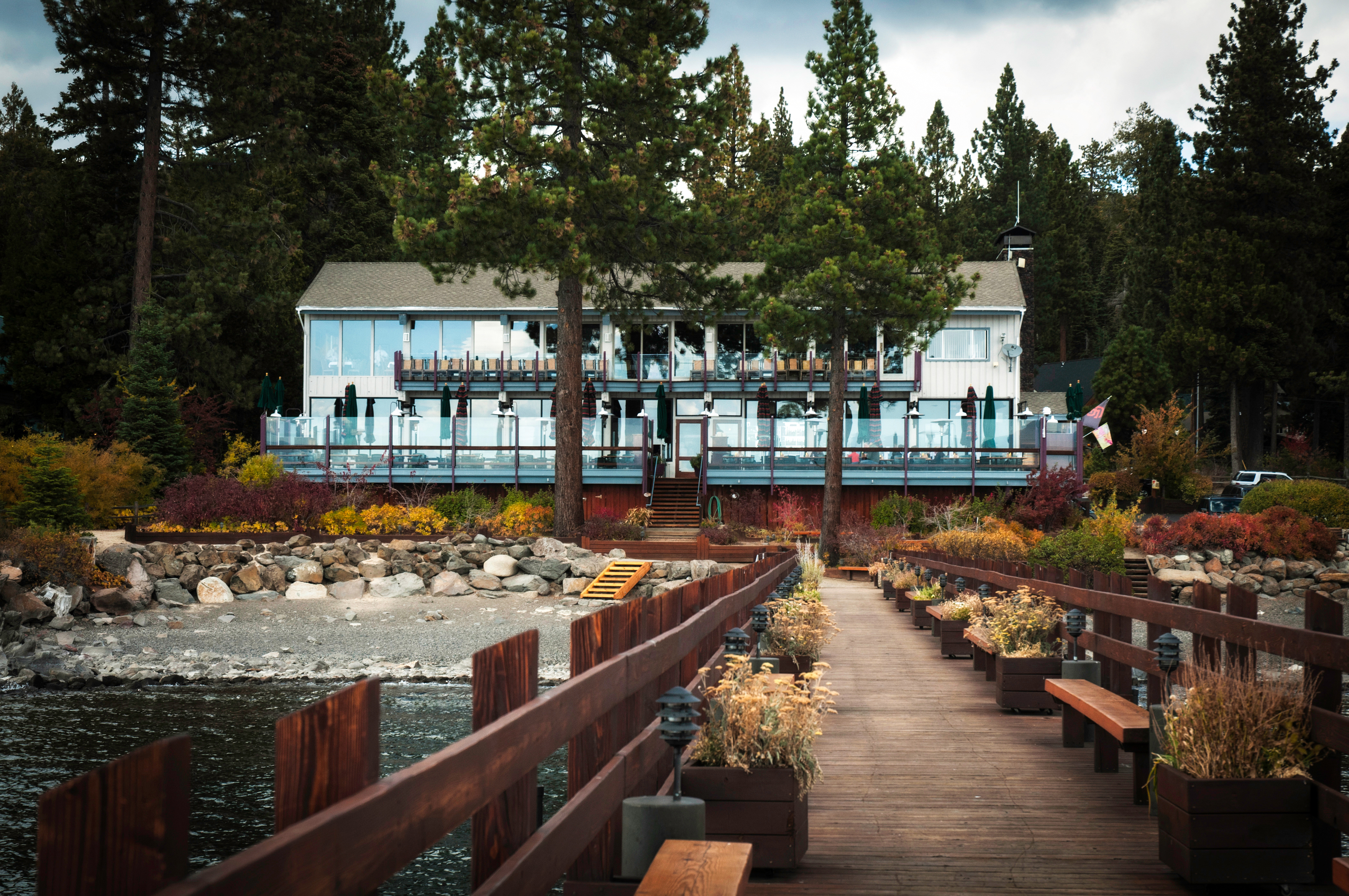 Lake Tahoe in the Fall, pretty amazing...  Best to you both Krista & Bryce for a happy future together!!

We've got another busy weekend ahead!

Come on down to the brand new Eagle Lakes Bluegrass Festival this weekend!   Rock Ridge will be playing at 11:00 on Saturday and lots of other great California Bluegrass Bands!

Hope to see you there!